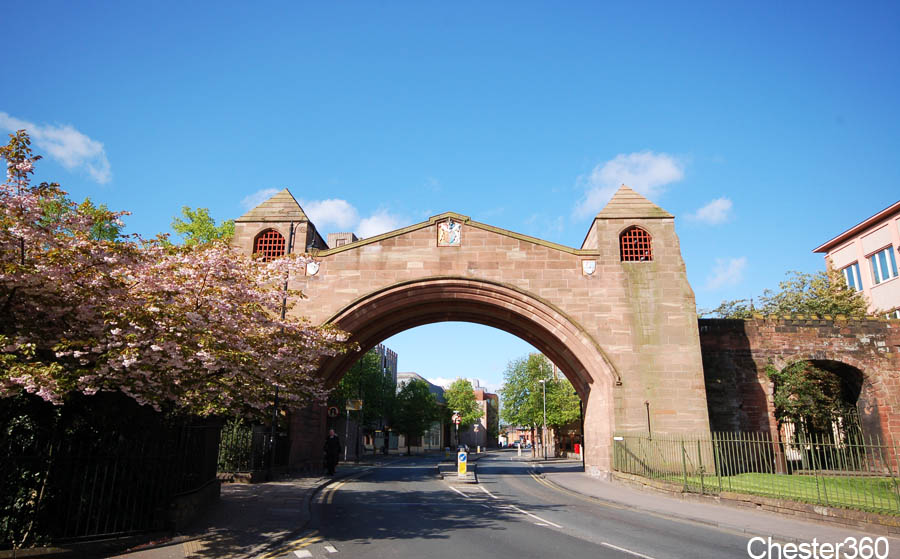 The Walled City of Chester 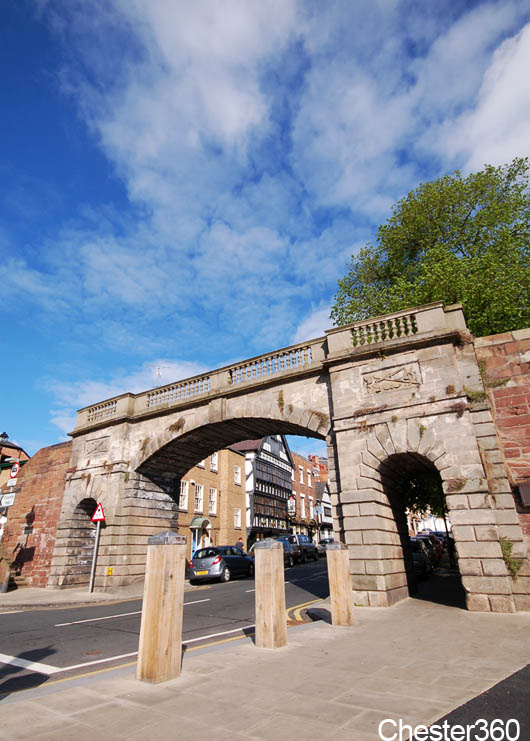 The Newgate, Pepper Street (Photo at top of page)

The walls which surround the City of Chester today are mainly Medieval but in parts are built on top of older Roman walls. The walls are the most complete in the UK and can take a while to walk around. For 2000 years the walls have evolved and link the different ages of Chester's history. 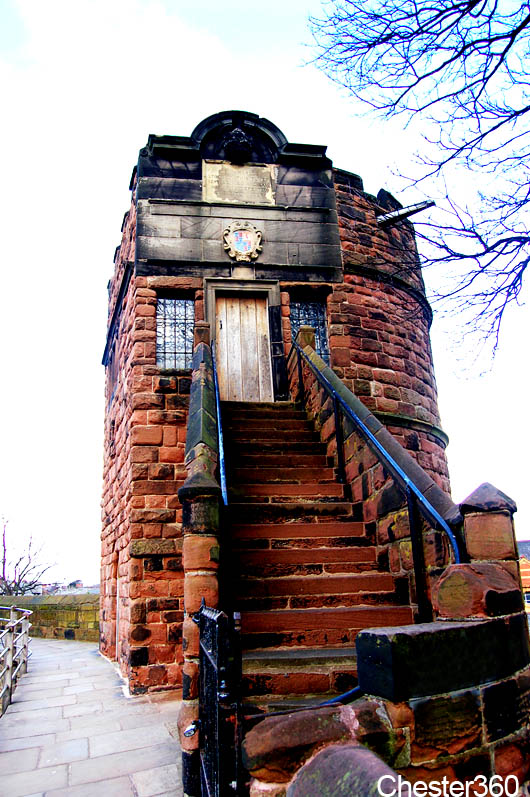 King Charles Tower, or The Phoenix Tower (Above).
In this photo you can clearly see the red sandstone colour. 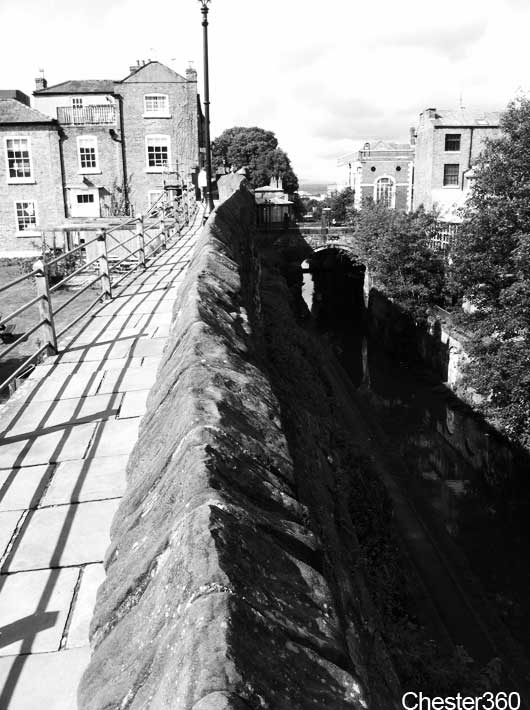 High up walking along the city walls towards the Northgate.
Canal Side (above) 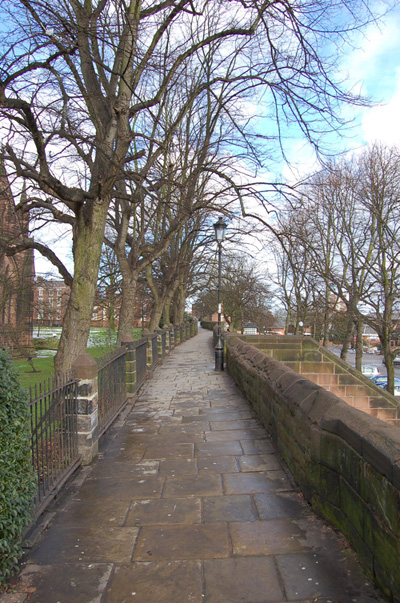 Around 70AD
The Romans built the wooden fortress of Deva with earth ramparts and wooden gateways. The walls and city were planned out in a rectangular shape, typical of Roman cities. These were later replaced with stronger stone walls and stone gates to the city. 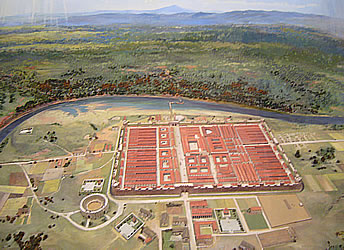 Around 907AD
The Saxons enlarged and re-fortified the city walls reusing the roman stone walls and extending the walls down the the River Dee. These new walls were built to prevent raids by the Vikings.

Around 1120 -1350
The Norman's and Earls of Chester completed the walls to fully encircle the city. Tall towers and larger impressive gateways were added. These have since gone but might have looked like the gates that still stand in York today.

1642-1646
During the English Civil War the Royalist were based here during the Siege of Chester. The walls had many gun emplacements but the Parliamentarians kept bombarding and eventually breached the walls. On 25 September 1645, King Charles fled into Wales and in January 1646 the starved city surrendered.

18th Century Chester
In the Georgian period the walls were converted to create a walkway or promenade. Many towers were pulled down and crumbling city gates were rebuilt into Georgian style elegant arches. This is mainly what we see today. 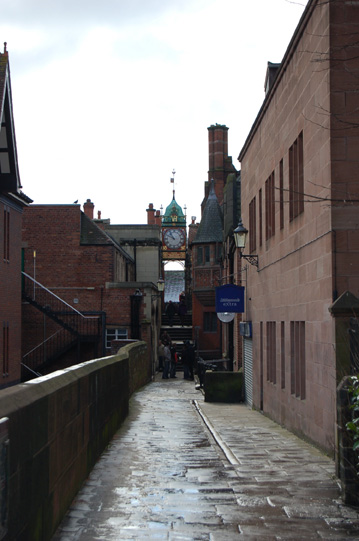 From this walkway on the walls there are some spectacular views and photo opportunities. Including The Welsh Mountains in the distance, Chester Cathedral, back lanes, gardens and old buildings which you would not see at street level. A good place to start your walk is at the foot of The Eastgate Clock which has steps that lead up onto the walls. You can walk the virtual photographic tour around the city walls visit here.